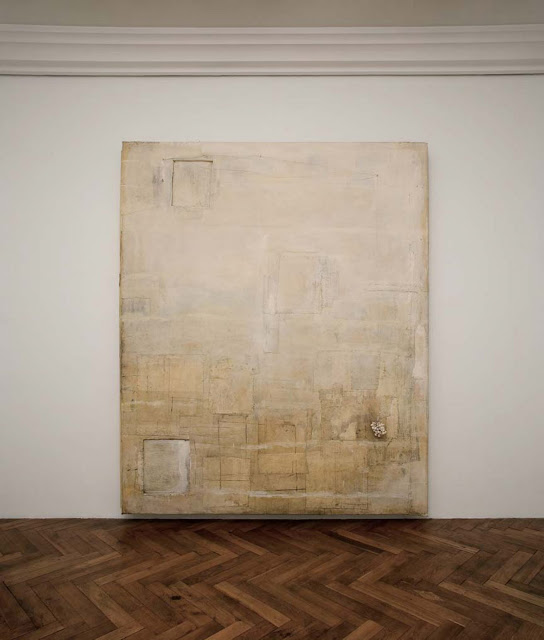 Lawrence Carroll was born in Melbourne in 1954. He moved to America with is family in 1958 where he received his education. Carroll has exhibited widely throughout Europe and America. He currently lives between Venice, Italy and the USA. He is represented in Australia by  Conny Dietzschold Gallery, Sydney, where he held a solo exhibition in 2006.  Carroll has work in prestigious museum collections including the Guggenheim Museum New York and the Museum of Contemporary Art Los Angeles. In 1992 he was an invited participant in documenta IX, Kassel, Germany.

There is a strong sculptural or architectural aspect to his smaller works which appear as 'painting objects'. His larger works challenge traditional notions of 'the canvas', while also taking on the momentum of decayed walls. For further information on Carroll's large scale works visit Studio Trisorio and for smaller work I recommend Ace Gallery, Beverly Hills.
Labels: title Lawrence Carroll
Newer Post Older Post Home