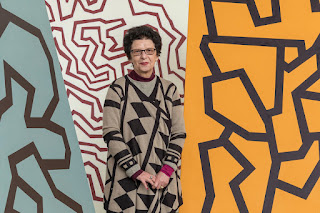 Small Excavations
'Thought bubbles, vague ideas floating on the edges of consciousness – unreachable
through forced thinking or writing – often form themselves when one lets the
materials be guided by an unthinking hand.
These small works form part of a series made in 2015 exhibited in my solo exhibition
Cycladic at Langford120. They materialised through my not fussing about ‘what to
do next’. Of course, the starting point is always a vague idea around a broad topic
and the intention is always to use whatever motifs eventuate as preparatory works that
will, hopefully, inform larger paintings.
I don’t usually exhibit these precursor works but in this instance they appeared
independent from but linked to what flowed from them so rather than destroy them –
which is what I normally do – I decided to show them along with their genealogical
counterparts.' Wilma Tabacco, August 2021 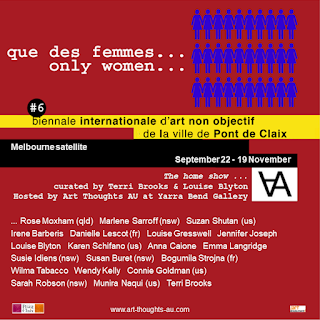