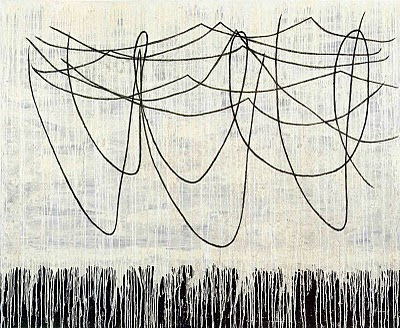 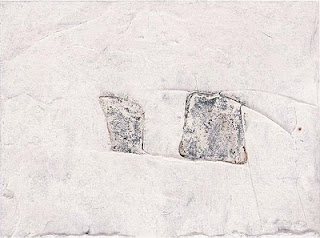 The notion of 'cultural universals' is an on-going theme in the work of German artist, Bernd Kerkin, born 1951. Following the re-unification of Germany, Kerkin traveled widely to South America, the Pacific and Australia where he visited Indigenous rock art galleries and the studio of Emily Kam Kngwarray. Kerkin held Reality Shortened, a solo exhibition at Thierry B. Gallery, Melbourne, 2005, which then toured to Paddington Contemporary Fine Art, Sydney. Bernd planned and organised the international plein-air artist workshop and exhibition Antipoden, 2006, at KunstGUT Schmiedenfelde, Germany. In 2009, he participated in Antipoden II, University of Ballarat Post Office Gallery.

Kerkin, studied architecture at the Dresden University before turning to art. In the late 1980s he became an official artist for the Deutsch Democratic Republic. A recipient of the Wilhelm-Hopfner Prize, 1992, Kerkin has also been awarded several other stipends both in Germany, and in 1998, from the Centre of Creative Arts, Virginia, USA. Kerkin, who has held numerous solo exhibitions, many with published catalogues, is represented in the collections of the Museum of Modern Art, New York, and the National Gallery, Berlin. He currently lives and works in Berlin and Gross Quassow.
Labels: title Bernd Kerkin
Newer Post Older Post Home