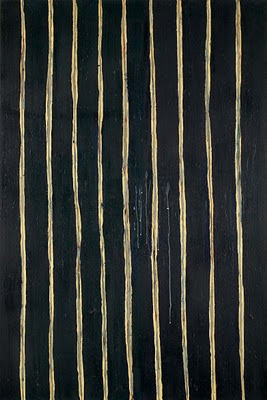 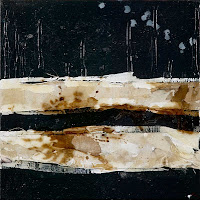 
Matthew Bax's 2007 exhibition, This Little Piggy Went to Market, at the Anna Pappas Gallery, Melbourne, was inspired by a visit to the old market in Cadiz, Spain. In the invitation essay, Michael Ashcroft, says Bax's paintings, 'are subtle reflections on the myriad of links between high art and everyday life'. The works are minimalist and painterly. The theme is the butcher's apron, but not of the parallel printed kind, but of the butcher's apron as casually remembered. Earlier series were based on ruminations upon the 'wall' and more recently reflections on the 'book'. Bax was born in Adelaide in 1974 and is now internationally based, having studios in Berlin, Singapore and Melbourne. Currently represented by Fost Gallery, Singapore, Bax has also held solo exhibitions in Germany and Australia. His work is in collections in Germany, Australia, UK and Holland.
Labels: title Matthew Bax
Newer Post Older Post Home