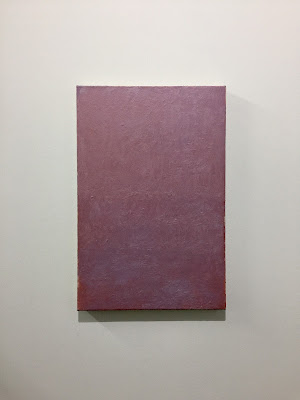 ‘Summers’ recent trip to Heathcote’s Pink Cliffs in Central Victoria was the inspiration for this exhibition. The paintings highlight his dedication to rendering the landscape with exquisite evocation. His subtle and arresting works on canvas demonstrate a complex, intriguing expression of Minimalism. Pink Cliffs is so named because of the pinkish hued rock formations left behind from sluice mining during the gold rush era. The rock, which is actually powdery clay, changes colour depending on the time.

Pink Cliffs is Summers’ follow up to his successful solo show Difficult Pleasure at Tacit Galleries Collingwood, late last year. In 2017 he was included in the very successful exhibition, Chromatopia, on the history of colour by chemist and writer David Coles. In 2012, he co-curated and participated in the exhibition Un:sighted at Fortyfive downstairs gallery, before relocating to Shanghai (2012-2016). In 2011, he was selected for the Yering station sculpture prize and awarded the Ella Donald Memorial scholarship. He has exhibited on a regular basis at Five Walls since 2015.’ Five Walls website 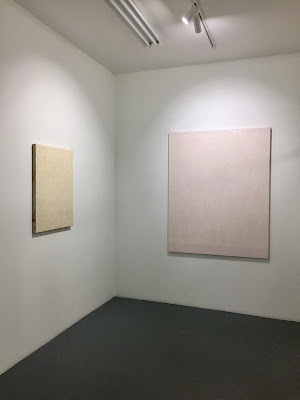