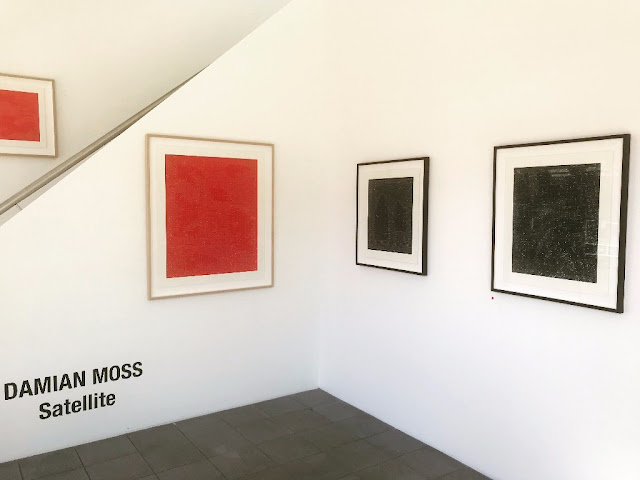 'This body of work has developed from my interest in mark making and the mechanics of repetition. The composition of each work begins with a grid, a system which provides pictorial structure while allowing for endless variation, and satisfies my own formalist tendencies. The process is slow and instinctual, with the outcome of each work remaining open rather than predetermined.

In the end, each image shares a common structure but reveals a unique cartography, juxtaposing the intuitive process of mark making with the repetitive nature of patterns and the infinite complexities of nature and spatial relationships.' Damian Moss, 2017.

'By removing a portion of inked paper a mark is added. This addition through removal is one of the many contradictions in the work. The hundreds of tiny tears, each one different, are gestures defined by geometry... They are equally musical scores, transcriptions, a map of the sky or land, an abacus or traces of data.' Damian Moss, 2016.